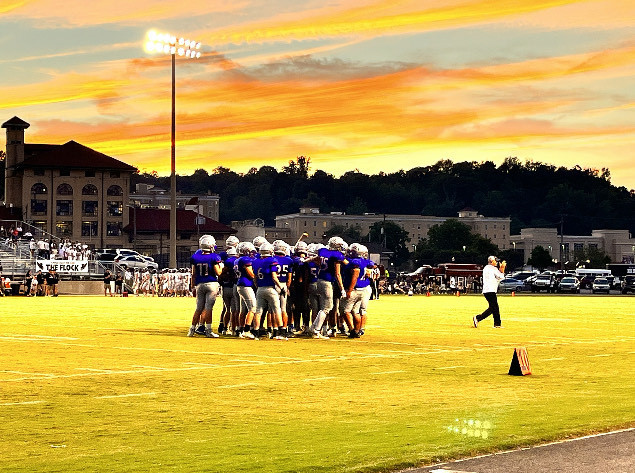 A common lore across all of human histories and cultures is that of “the road”.  Steeped in mysticism and possibilities, the road can both inspire and terrify.  The unknown spoils and trials of being on the road make the journey exciting.  From Willie Nelson’s seminal ballad “On the Road Again” to Cormac McCarthy’s existentially fraught “The Road”, all forms of art pay homage to the trek over the arrival.  Coincidentally, most people remember more about the road trips they take than the destinations at which they arrive.

The road proved to hold good tiding for the Senators, as they left the friendly confines of Art Sanders field for the first time this season, headed west of Highway 56 in the heart of Death Valley, and scored a big conference win 38-17 over the host Springs Valley Blackhawks.

“Our kids are finishing games and overcoming adversity,” said head coach Jeremy Lowery.  “You love games where you battle and come out on top.”

The Blackhawks would win the toss and defer, giving the Senators the ball first.  The Senator offense would grind out a long, time consuming drive.  Facing 4th and long in the red zone, junior quarterback Kenton Chase would find junior slot back Greyson McCoy open on the right sidelines for a key conversion.   A few plays later, senior fullback Wyatt Johnston would follow solid blocking and plow over a Blackhawk defender in the endzone for the Senators first touchdown.  The 2 point conversion would prove good, putting the Senators up 8-0.

The Senator defense would force and 3 and out, and after the punt snap went awry for the Blackhawks, the Senators would take over with great field position and waste little time punching in their second score when sophomore tailback Hudson Cress would find paydirt from 2 yards out for a 14-0 edge.

The second half started with drama, as the Balckhawks would take the opening drive and punch in another touchdown run to knot up the score at 14-14.  The Senators would turn the ball over on their next drive, setting up the Blackhawks to take the lead.

Defensive coordinator Mark Gibson and the Senator defense would have other plans, forcing a 3 and out.  The Senators would get nice field position after a solid run back by Cress on the punt return.

The Senators would turn to Johnston again, as he would hide behind the big guys up front before bursting into the open field to score from 30 yards out.  Breaking the tie and giving the Senators a 22-14 edge after the converted 2 point play.

The Blackhawks would kick a field goal on their next possession to close the gap 22-17, but the Senator offense would not be denied, as they mounted another long drive that went into the 4th quarter, and would see Cress notch his second score on a 10 yard scamper around the right end.  Chase would slither into the end zone for the 2 point conversion, giving the Senators a 30-17 lead.

The scoring on the evening would be concluded in style, as Johnston would get under a Blackhawk pass from his linebacker position and return the interception 51 yards for the defensive score, and with the conversion, the Senators would settle on a 38-17 advantage.

On the ensuing kickoff, sophomore Lane Owens would make a key tackle to stop the Blackhawk returner, and senior defensive end Gavin Ball would end the Blackhawk drive with a big sack on 4th down.  The Senators would take knees to secure the victory.

The Senators are in action again versus the Paoli Rams next Friday night at Art Sanders Field. 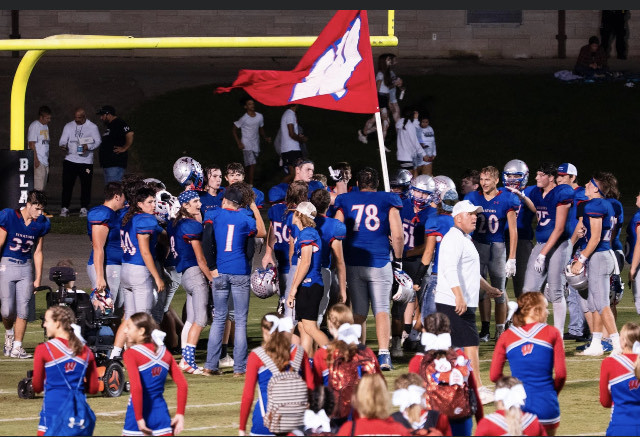