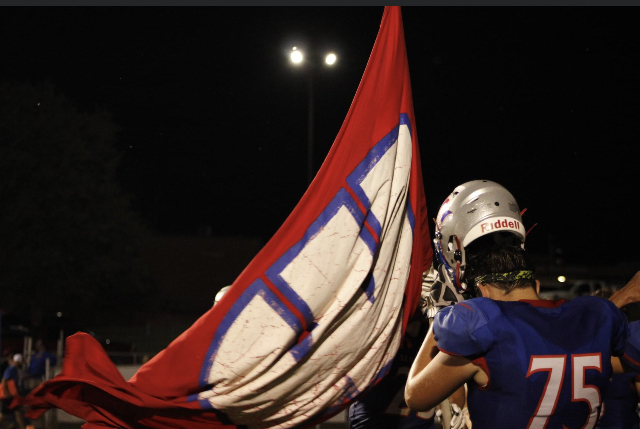 One of the best things about the football field is it is decidedly fair.  Where one came from, their social standing, their race, religion, creed; none of that makes a difference on the outcome of the game.  The contest is decided by the larger, faster, more disciplined team for certain, but so many games come down to the wills of competitors.  It is the one who refuses to yield that will often find themselves on top.

This Friday night at Art Sanders Field, it would be the Senators who would prove their mettle, as they outlasted the the Clarksville Generals 36-26.

“We came in with a relentless attitude tonight,” said head coach Jeremy Lowery.  “And at halftime, we only strengthened our resolve.  Very proud of the focus and heart our young men showed tonight.”

The game would begin with the teams trading possessions in a scoreless first quarter, with one of Clarksville’s drives ending when senior linebacker Bradley Hampton came up with a sack on 3rd down.

Clarksville would strike first with a long TD run to make it 7-0.  The Senators would answer on their next possession with a 18 yard touchdown pass from junior quarterback Kenton Chase to junior slot back Greyson McCoy.

The score would stand 7-6 Generals at half.

The second half would see the Senator’s offense come alive.  The Senators would take the first possession and cap it off with a 44-yard touchdown run down the right sidelines by senior running back Ethan Roberts to give the Senators an 20-7 edge.

The Senator defense would rise up on 4th down to end a Clarksville drive in the red zone, and Chase would start to hit a bevy of receivers on the perimeter and out of the backfield before keeping it himself on an option read from 4 yards out.  Roberts would punch in the two point conversion making it 28-13.

Sophomore defensive end Landon Holloway would have a huge tackle for a loss ending the next Clarksville possession.  McCoy would follow some great blocking and rip off a huge run to set the Senators up inside the 15, and then Chase would find senior fullback Wyatt Johnston in the back of the end zone from 11 yards out for another Senator score.  McCoy would add the honors on the 2 point conversion, putting the Senators on top 36-13.

Clarksville would score a couple more times to make it interesting, but Roberts would come up with a huge stop on the two point try to maintain the 10 point margin. The Senators would turn to their venerated offensive line of senior Gavin Ball, senior Kye Strothers, Hampton, junior JG Cruz, junior Dylan Keller, junior Kaden Clunie, and Holloway to road grade out the rest of the clock and seal the win.

The Senators are in action again at Art Sanders Field next Friday night against the Mitchell Bluejackets. 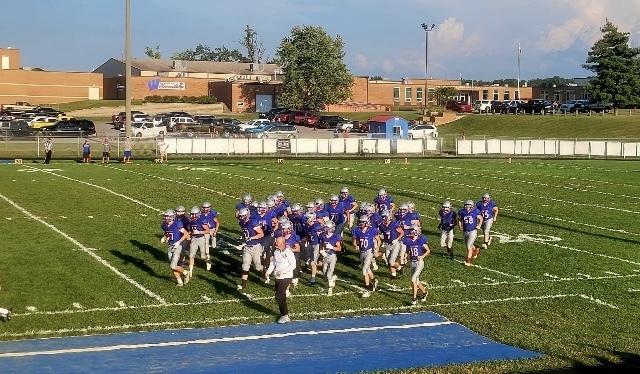