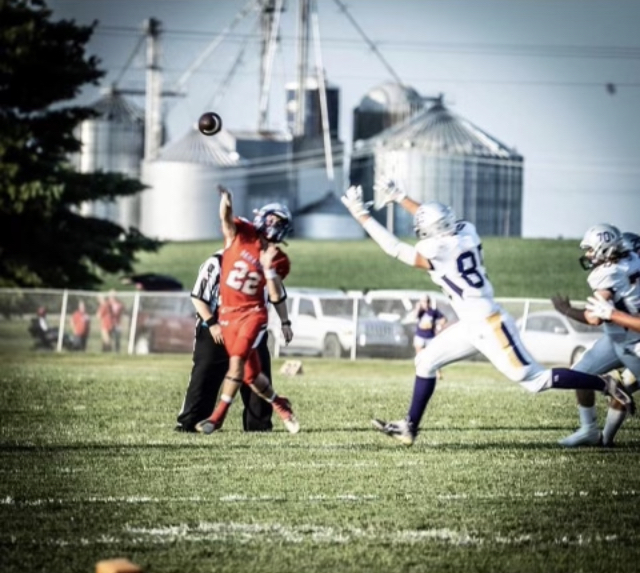 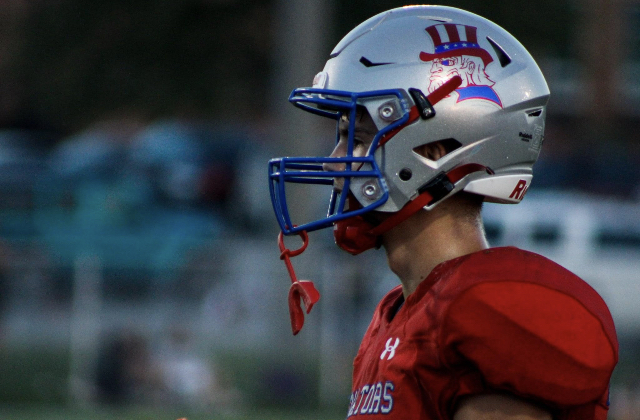 The long sweltering summer days are not gone, but their ferocity has begun to wane.  Along with the turning of the seasons comes a return to the gridiron.  The vestige of Friday night  lights has made it’s long awaited return, and for most it is none too soon.

Football is back in Washington County, and on this Friday night, the Senator faithful were rewarded with a 36-8 victory over county rival Pekin Eastern Musketeers.

Eastern won the toss and elected to receive the football.  The stalwart Senator defense would waste little time forcing them to punt.

On their first possession, the Senators would matriculate a few first downs before senior fullback Wyatt Johnston would find a seam in the Musketeer defense and sprint into the end zone from 52 yards out giving the Senators a 6-0 lead.

Eastern would grind out a couple first downs before being forced to punt and pin the Senators inside the 5 yard line.  The Senators would put together a drive to flip the field before punting and pinning the Musketeers inside the 10 yard line.

The field position strategy paid off, as the Musketeers would go three and out, and the solid field position would set up another TD run from Johnston from 20 yards out.  The 2 point conversion was good to give the Senators a 14-0 edge.

The next drive would see Eastern move the football, before sophomore linebacker Hudson Cress would come up with a huge stop on 4th down to give the Senators the ball at midfield.  Junior Tailback Greyson McCoy would put the Senators up 3 scores with a 5 yard TD scamper.

The half would end with the two teams trading possessions.

The Musketeers would make the second half interesting with a touchdown drive to close to 22-8.

The Senators would respond on the next possession, when junior quarterback Kenton Chase would take a keeper around the right side for a 55 yard touchdown run behind a great block from Cress.

The scoring on the evening would end after senior defensive end Ethan Roberts would pressure the Eastern quarterback into an errant throw that Cress would intercept and return 40 yards for a touchdown.

The Senators are back in action Friday night against the Clarksville Generals.