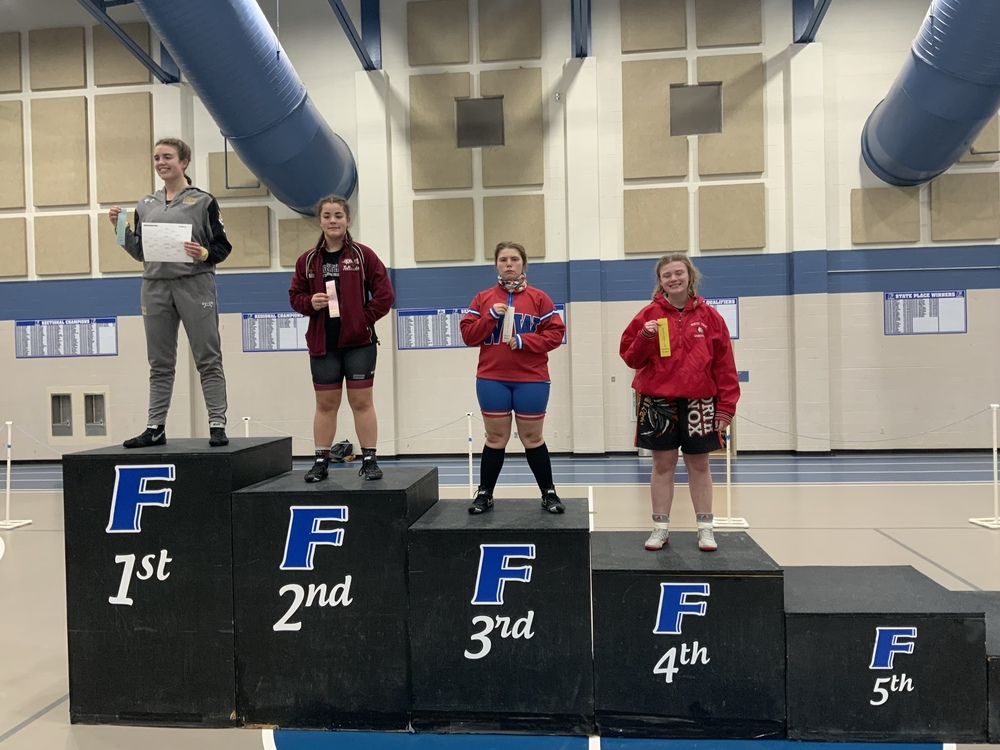 Ally's wrestling career started just last year as an 8th grader. She has been very dedicated to the sport and her hard work has paid off!

Ally participated in the Indiana High School Girls South Regional qualifier last friday. She compiled a record of 2 wins with 1 loss, both of her wins were by pin fall and her only loss was to the defending state champion at the 170 lb weight class from Lebanon.

Ally dominated her opponents from North Knox and Pike Central earning her a 3rd place finish.

This Friday the 15th, Ally will travel to Hamilton Heights to participate in the Girls State Tournament at the 170 lb weight class. She is the first female athlete in the school's brief history of wrestling (4th Year) to earn a ticket to compete at the IHSGW Girl's Wrestling State Finals.

Join us in wishing Ally congratulations and good luck at state!