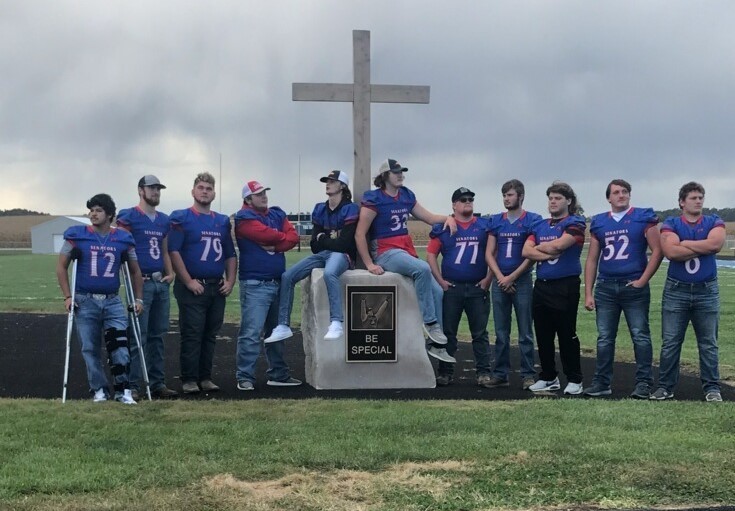 One of the hardest things about growing up is learning that life is not a fairy tale.  Our definition of fairness, an internally derived metric of how things should be, is one of the first things that falls away with our innocence.  The World is not fair, and no matter how much we mentally accept it, the sting remains.

What we learn, however, is that the disappointment of what life deals you is nowhere near as powerful as how we confront those disappointments.  Life is less about what happens to you, and more about how you deal with it.  The measure of a person’s character is found in the decisions they make, and in the values they hold.

The fairy tale ending for these West Washington Senators should have been in Lucas Oil.  In real life, however, they proved to be more than champions.  They processed the loss of Coach Bowsman, pressed on through a pandemic, and overcame all manner of obstacles.  More than the championships, an unbreakable brotherhood was formed between teammates that will last a lifetime.

In that way, they are winners of the highest order.

“What these kids have accomplished on and especially off the field is amazing,” said assistant coach Andrew Burks.  “We have watched them turn from boys to men.  It hurts to have their final game end this way, but they have nothing to hang their heads over.”

“The courage and resolve that this team had from day one, to put on their pads and get to work is what I am most proud about,” said head coach Keith Nance.

“Proud to be with such a resilient group of seniors, and I wish them the best in whatever they may get into in the future,” said assistant coach Logan Walker.

“We have a fantastic group of seniors, especially up front.  In 16 years, this is collectively the best group upfront we have every had,” said offensive coordinate Duane Nance.

“Extremely proud of the resilience that was on display from November 25th of last year until now,” said special teams coordinator Patrick Burks.

“Back to back final fours is an amazing accomplishment.  They will be the standard for the classes that come after them,” said defensive coordinator Mark Gibson.