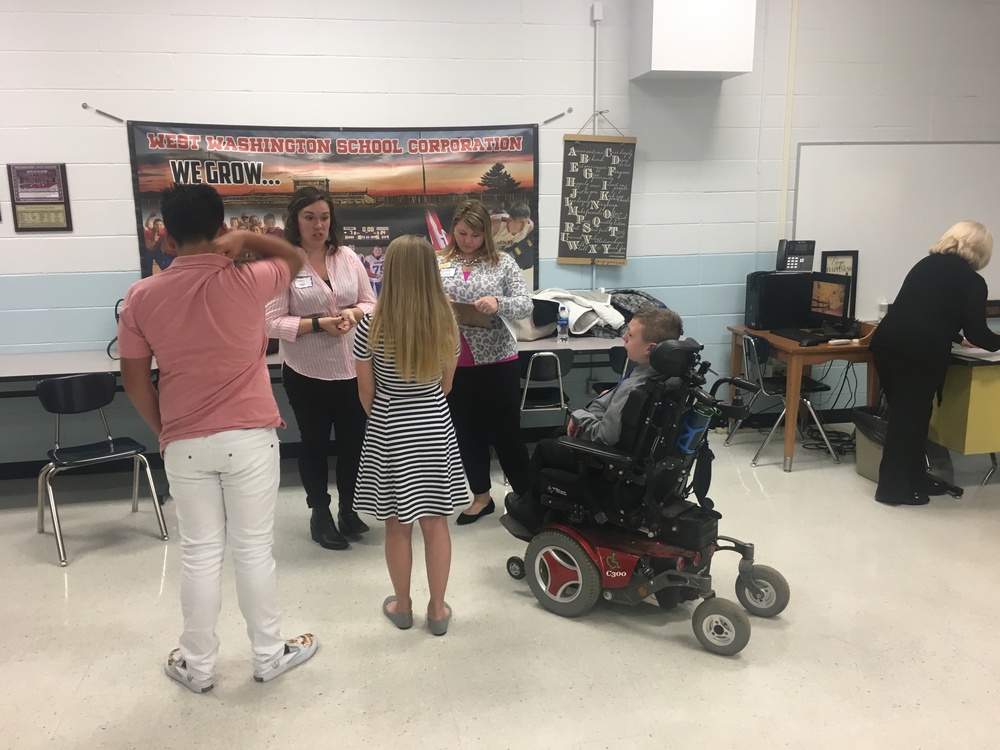 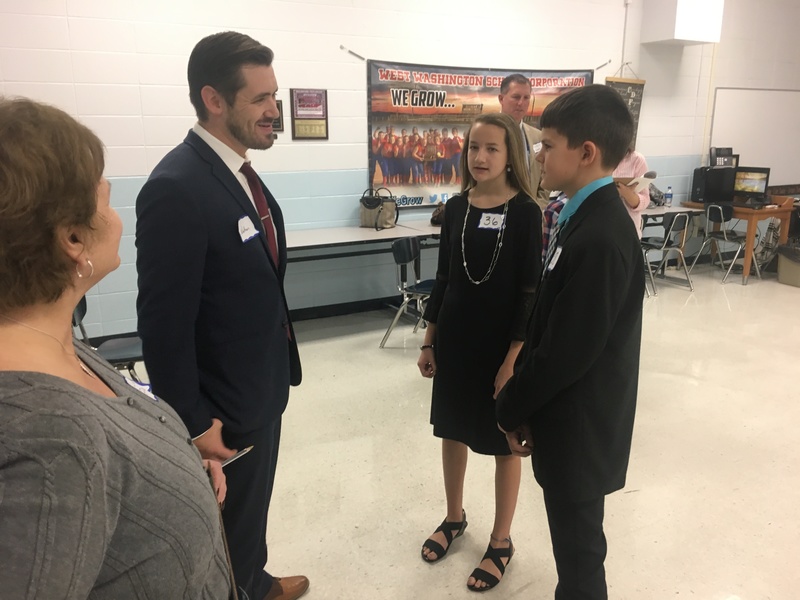 The students at West Washington Jr. High spent Tuesday morning learning how to "work the room" with local professionals for the first round of the Amazing Shake. This round focused on skills like being confident and having a firm handshake along with verbal and non-verbal poise.

The competition was part of the cultural change adopted from the Ron Clark Academy(RCA) model that is being implemented this year in the Jr High. All Jr High teachers visited the Ron Clark Academy last year and initiated changes for the 7th and 8th grade beginning with this school year. This change includes changing the physical appearance of the classrooms, forming houses (teams) within the Jr High and methods to create greater engagement from students. In addition, the Ron Clark Academy model has an added emphasis on manners, respect and increased academic rigor. 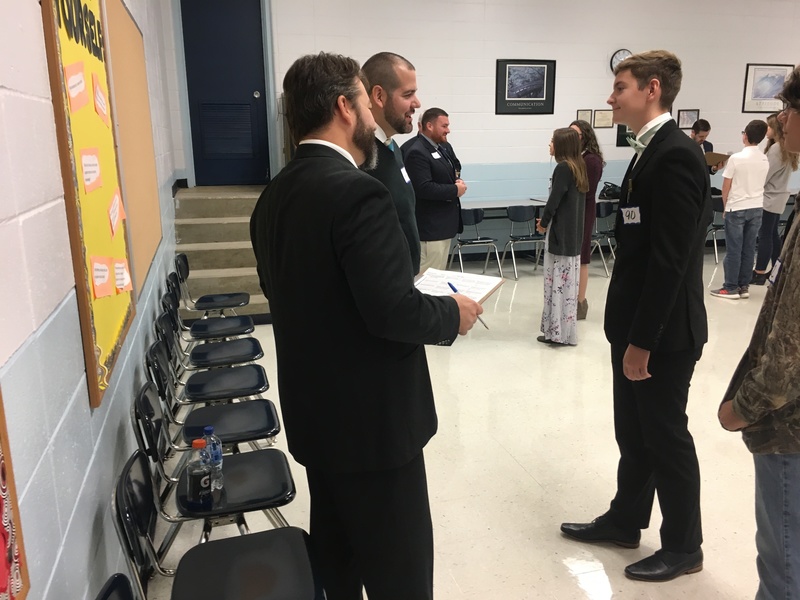 The Amazing Shake is a competition that places emphasis on teaching students manners, discipline, respect and professional conduct. The top 40 students from West Washington will move to round 2 at Mt. Tabor Church on November 28th. Four students will move on to compete nationally at the Ron Clark Academy in Atlanta (February 2019). The business professionals and community members that participated were left with a positive and lasting impression of West Washington students. One community member stated, "To say that I was impressed would be an understatement, it's one of those gives-you-hope kind of days". 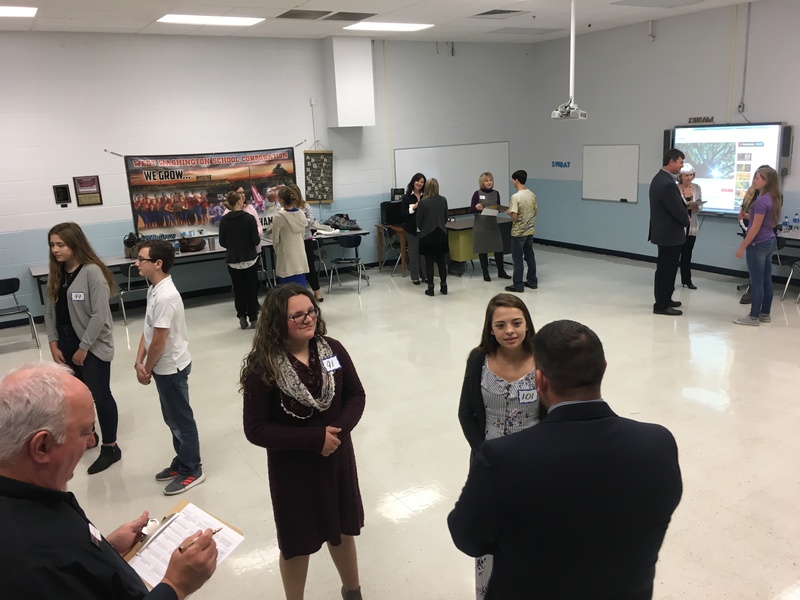 We would like to thank everyone that helped to make round 1 successful and we look forward to working with community professionals again while preparing for round 2.