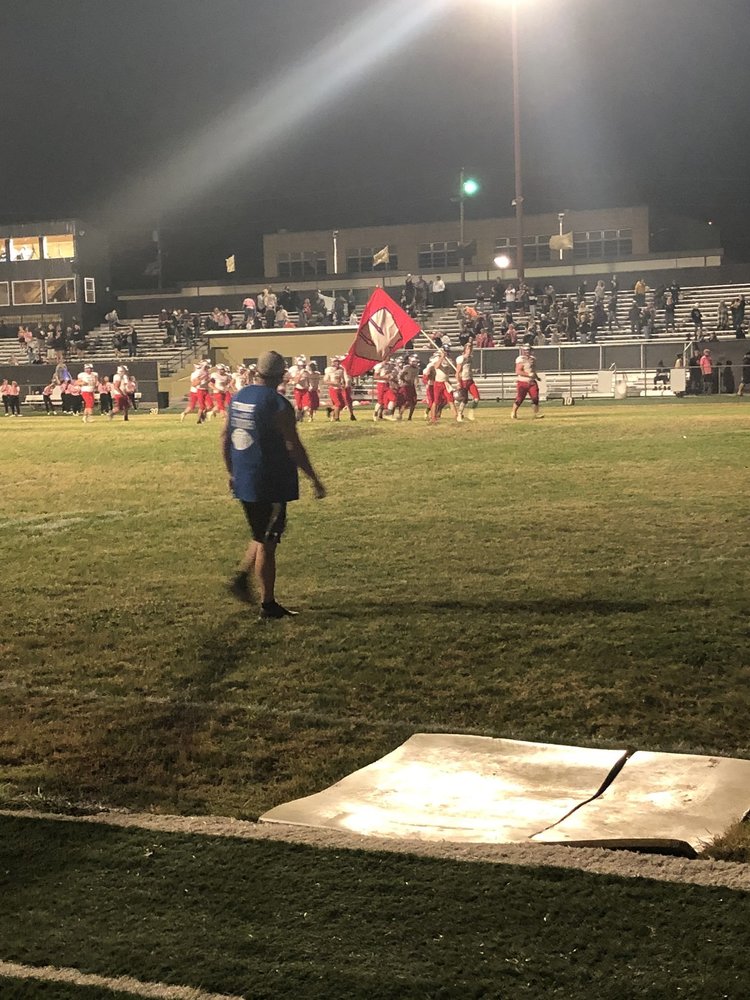 In storms, it is often the largest oaks that fall.  Decades of growth leave the tree strong, but heavy.  More importantly, that size leaves them rigid.  As the wind gusts increase against all that surface area, the stoutness of an old tree becomes its literal downfall.  The trees that do best in the face of storms, however, are the ones who still have their flexibility.  Those that can bend with the wind without breaking.

Such was the Senator defense tonight, yielding yards and then finding a way on the goal line to keep the Washington Hatchets offense from scoring on several occasions enroute to a 46-8 victory to move to 7-0 on the season.

“I like our guys”, said defensive coordinator Mark Gibson. “We gave up some plays, but that is the way we are constructed this year.   It is huge for us to get stops in the red zone like we did tonight.”

The Senators would start the evening with the ball and wasted no time getting to work.  Senior quarterback Holden Bowsman would follow a devastating pancake block by senior offensive tackle Mike Leach for a 45 yard gain, and senior running back Bobby Stevens would find pay dirt from 4 yards out.

Washington then took possession and ran off several plays before wilting against the Senator defense, turning the ball over on downs inside the Senator 5 yard line.

Backed up against their own endzone, the Senators would catch the Hatchets secondary off guard as 6’6’’ senior tight end Jacob Strange got behind the defense for a 50 yard catch and run.  Bowsman would then find a seam in the Hatchet’s defense for a 45 yard touchdown run.

Senior nose tackle Andrew Lewis set the tone for the Hatchet’s second possession with a big hit on the kickoff.  The Senators end up forcing a 3 and out on that drive.

The Senators would drive into Hatchet territory before facing a 4th and 4 where Bowsman would find Strange again for a 35 yard gain to take it to the Hatchet 2 yard line.  Bowsman would then scamper in untouched for his second rushing score of the evening.

Washington would again put together a long, time consuming drive, but the Senator defense would bow their backs again on 4 consecutive plays from inside their own 5 yard line to get the ball back.

Stevens would dominate the next drive, ripping off a 40 yard run that ended with him bowling over several defenders.  A couple plays later he would find the end zone from 4 yards out to give the Senators a 30-0 halftime advantage.

Stevens, who ran for over 150 yards on the evening, was quick to praise his offensive line’s blocking.

“The reason I had a good night was due to the offensive line and other guys laying great  blocks”, said Stevens.  “Excellent runs are the result of excellent blocking.”

The second half would begin with the Senator forcing a three and out when senior linebacker Charles Madden laid a devastating hit on the Hatchet ball carrier on 3rd down.

The Senators would score again when Bowsman scrambled away from the Hatchet pursuit and found senior wide receiver Parker Green alone in the end zone for a 30 yard bomb, providing the necessary margin to start a running clock.

The defense would end the next Hatchet drive with back to back sacks, first with Lewis on third down, and then again with Strange and junior defensive tackle Clayton Holloway meeting at the quarterback on 4th down.